In the late spring of 1969, I was working as a reporter with The Gadsden Times in Gadsden, Alabama. One morning when I came into work, the city editor said he had hired a new proofreader then, moments later, he introduced me to a smallish, bright-eyed, dark-haired, very pretty, nineteen-year-old who gave her name as 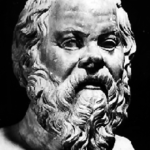 Self Knowledge Self-knowledge is the most valuable of all human intelligence. Self-knowledge provides exquisite insights into our intrinsic selves like no other information. Self-knowledge represents a model of self which, once developed, indicates all of the characteristics of that self. Self- knowledge allows us to know who we are and allows us to predict how