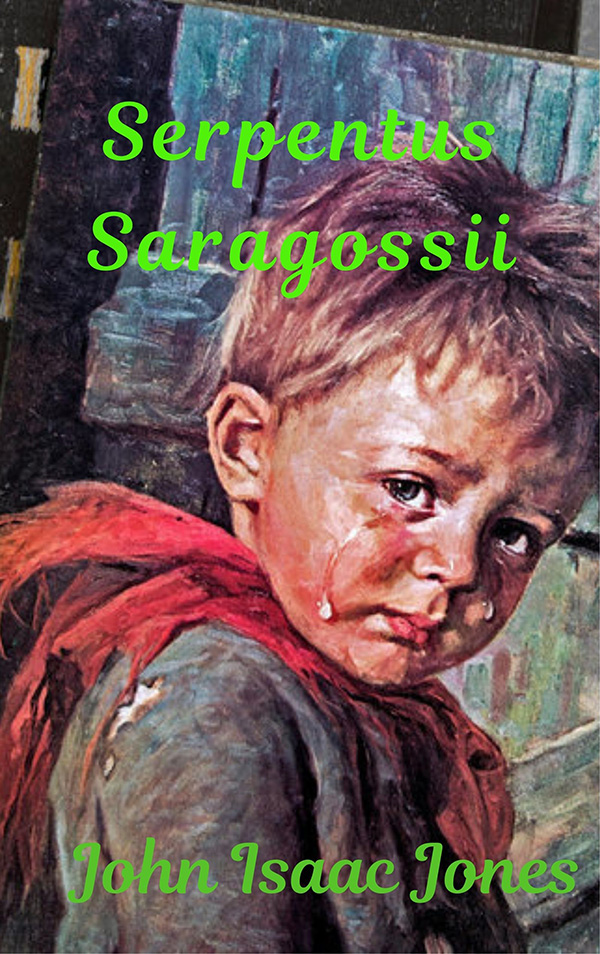 The ten-year-old was dying of a terrible disease, but his Aunt Hilda refused to allow him any peace during his final days. If he tried to make his favorite ham and cheddar sandwich, she chided him endlessly for using too much mayonnaise.

If he walked across the living room, she demanded that he walk around the edge of the cloth rug because she wanted to keep it clean.
If he dropped a single speck of melted butter on the tablecloth while eating his warm biscuit with wild cherry marmalade, she chased him away from the table.

There was no end to the grief his Aunt Hilda was bringing into his life.

Then, one day, little Wilton decided to do something about his tormentor.

One day, after I read Saki’s short story Sredni Vashtar, a yarn about a young boy who wishes evil by his care-giver, I decided to put my own take on the yarn. This is my offering!

“Fabulous short! Based on the synopsis of this book, I had no idea what to expect. I had listened to ‘Pauline’ by the author and enjoyed it, so I was interested in this audio. I am in awe of writers who are able to write a good short story and John Isaac Jones is able to do it. Initially, I had written a review that was several paragraphs long, but I am going to change it up so I don’t give too much away.

I adored the young boy who is dying because he’s just not willing to go quietly. Other reviewers have pointed out this is about revenge, so I have no problem with saying it was well done. I know nothing about reptiles and other creatures, so this was an opportunity to learn more, including what the Serpentus Saragossii is capable of. Pretty impressive, if true.” Erryn Barratt – Amazon reviewer

“Great story! Very satisfying! Ok, I admit I love a good revenge story. This is a short story, so it is not possible to really give too many details. But, will say it was clever, held my interest and revenge is best served right before jelly toast! Enjoy!” – Patricia Adams, Amazon reviewer