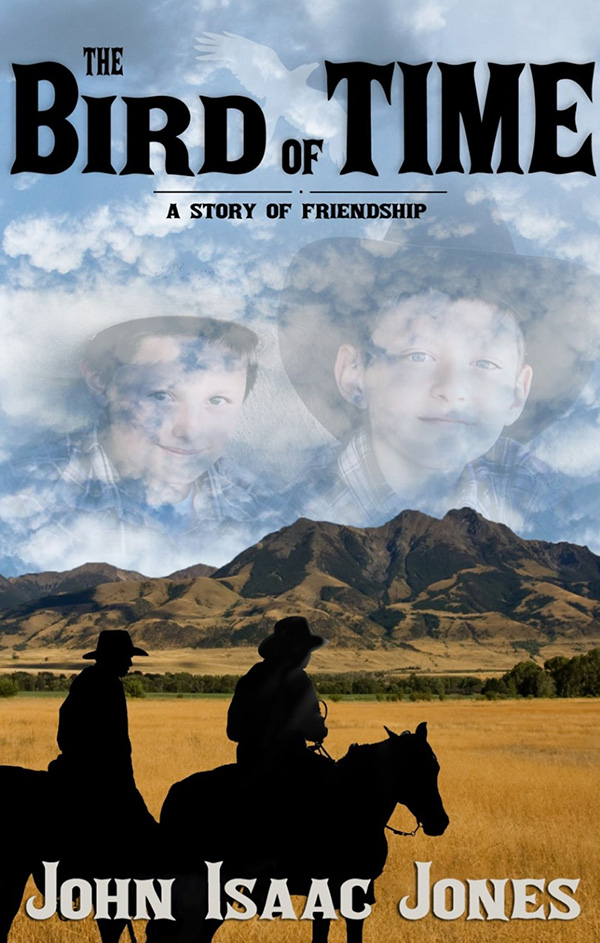 Did you ever have a friend who would make you do things you would never do on your own? A friend that made you act so different from your regular self that you didn’t recognize yourself when you were with them? John Chance has such a lifelong friend, Jesse Trubble, who has an unyielding zest for life that is infectious--captivating and influencing John’s actions and relationships for over fifty years of their lives.

When I was in high school in the sixties, I developed a close friendship with one of my classmates, an unruly fellow by the name of Llewelyn Hiawatha Downs. Over the next twenty years, our life paths crossed again and again. This connection continued throughout the 1980s when both of us finally married and settled down. In late 1996, years after our relationship ended, I got the idea for The Bird of Time and worked on it off and on over the next twenty-six years. In early March 0f 2022, it was finally finished.

“An adventure for two lifetimes! I was allowed to read this novel by the author in advance of its release. I have read past works of John Isaac Jones and enjoyed them all. As a friend for decades, I know how he researches his works and with his intelligence and imagination and ability to write news, non-fiction and novels, he can make a story come alive.

This is the lifelong saga of two young boys who meet early in life and become friends throughout life, even during the times they do not see one another for years. They develop an emotional bond that cannot be broken by years or age or people. When we meet Johnny he is a young child who has lost his mother and his father is there physically but absent emotionally.

Johnny encounters Jesse whose mother abandoned them early on and whose father dotes on his son and wants him to have a good friend. The youngsters are free to run and romp and discover what life has to offer, both good and bad. They develop a code that only they know that will go with them through their lives.

Without revealing too much, I will tell you that adventure is their goal and their lives are chock full of it. This involves attempted murder, a commune in Oregon, the Vietnam war, gun-running in Peru, wrangling horses in Montana, and last but not least, well... I won’t reveal that. I recommend this book to folks who just want to enjoy the pleasure of living in a good story.” – AMAC, Amazon reviewer

“What a long strange trip! I love this book so much, for many different reasons. First, it captures the bond of friendship between two boys who meet while young that follows them for a lifetime. In our modern times of moving, divorce, wars, so many things make it nearly impossible to keep friendships for life.

Secondly, the adventures seem to capture our generation’s culture, whether in real life (or in movies!) - for me, starting in the fifties - with so many details. From the cowboy craze (well into the fifties, I had a Cisco Kid rug in the bedroom (even my sisters and I got cowboy hats and holsters one Christmas), to the beginning of the comic craze which has followed us well into adulthood. (Marvel, anyone? First edition Superman?).

We encounter bullies, (and serious payback), Vietnam, hippies, weed, communes (with hidden agendas), South America, and dangerous adventures, and full circle to adult cowboys! Again, let me say I loved this book. So many references to pop culture in our lifetime, so many memories and bits and pieces of my life and probably yours are in this amazing book, On the Road meets Zen and the Art of Motorcycle maintenance with some Arnold action movies thrown in the mix.

The foundation of this book started and ended on the power of friendship and in the words of the Grateful Dead, what a long strange trip it’s been. A truly a remarkable story of our generation. Oh, I should have mentioned at the beginning the storyteller’s name was John David Chance. What a really good name!” Patricia Adams, Kindle customer