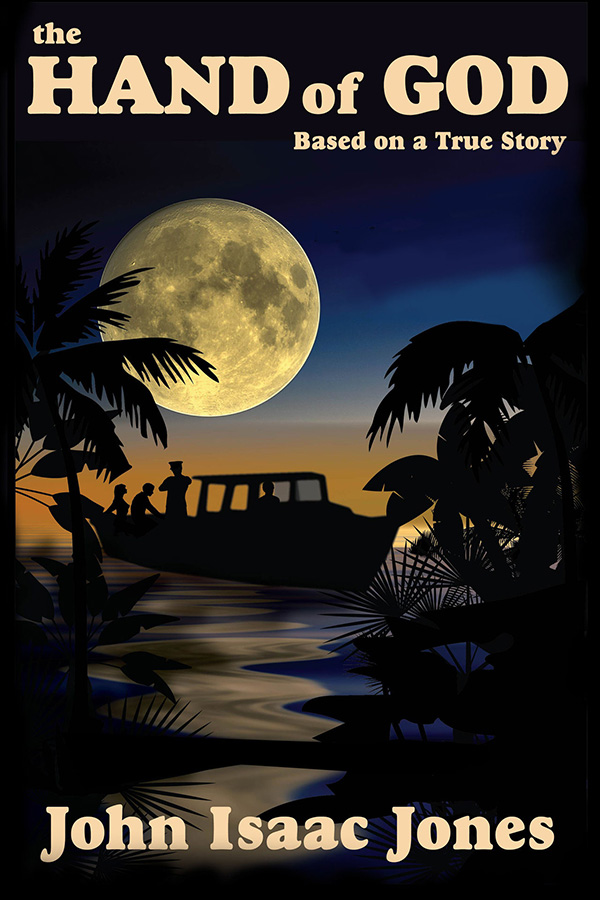 Bobby Lincoln, a young black man in 1950s Florida, is caught between his own demons and those of American society in this riveting historical novel. An engaging tale about murder, redemption and the search for God. Based on a true story!

This historical novel is based on Florida’s infamous Chillingworth murders. Curtis Eugene Chillingworth was an attorney and judge in Palm Beach County who disappeared from his home and was presumed drowned at sea along with his wife, Marjorie Chillingworth in the summer of 1955. Although the bodies were never recovered, the perpetrators were later hunted down and convicted in one of Florida’s most famous trials!

“Couldn’t put it down! The Hand of God is a story of murder, redemption and the search for God. Bobby Lincoln, a young African American, is the central figure in this tale. The book is beautifully written and very deep. You can’t read this book without being influenced by the undertones of religion, God, redemption and forgiveness.

However, it is not a religious novel but more a novel about Bobby’s search for a deeper meaning of life. Bobby is a lost soul in the beginning of the novel and basically believes there is no meaning to life. As much as he thinks about religion, he can’t believe in what’s written in the Bible and preached about on Sundays.

Finding himself in jail charged with murder, he begins reading books that may help him understand what God is, the meaning of life, what his purpose is and how to lead a better life. With the help of Bags, a knowledgeable inmate who delivers books to inmates, he finally realizes he has to change if he’s going to find redemption.

The character development in this book is wonderful. The reader forms a great understanding of Bobby and Bags as well as all the other characters. As Bobby grows as a human being, the story grows with him. It’s an easy read that grabs the reader and doesn’t let go.

As Bobby questions life, the reader explores the questions right along with him. I highly recommend this book. It makes you think and question your own beliefs and actions. I was never sure of Bobby’s or the authors belief in organized religion until a little wink from Bags at the end.” - Seraphim0731 Amazon customer

“Excellent read! I had a really hard time putting this book down. I lived in Alabama in 1966 and 1967 and remember the separate water fountains and bathrooms for the ‘colored people’. I was from Oregon and was shocked at the rhetoric and lack of respect for blacks. George Wallace was Governor then.” L.D. McSweeney, Amazon reviewer