The Writing Life: Part I

The Writing Life: Part I 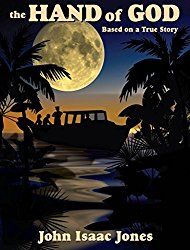 Where do you get ideas?

Funny how people always seem to ask me that. And it’s a fair question. I can remember, as a young writer, asking that question myself. First, ideas are everywhere, but you must exercise caution in choosing them. You might get an idea from some an experience, an observation, some artistic influence, some snippet of conversation, just a few words from a TV program or even a passing photo you saw on the internet. The main thing is to always be on the lookout for a good story idea. If you’re watching, you’ll find them. Once you find one, jot it down so you won’t forget it!!

And you never know when one will pop up. They come out of nowhere. I got the idea for my short story The Old Indian during a conversation with a distant relative at my aunt’s funeral in Alabama. Many years ago, while I was in high school, I watched a construction worker have an affair with a woman who lived near the construction project he was working on. Many years later, I wondered what happened to the man and woman after the project was finished. In 2015, I wrote my novel The Duck Springs Affair.

In 1975, when I was a try-out reporter with The National Enquirer I heard the story of the famous Chillingworth murders in Palm Beach County, Florida. At the time I was fascinated with the story.  One summer night in 1955, Palm Beach Judge Curtis Chillingworth and his wife Marjorie disappeared from their beach home at Manalapan, Florida and were never seen again. Preliminary evidence indicated they had been kidnapped, taken out to sea and murdered. It was a tale which, at the time I read it, I knew I would never forget it.

Over the next 42 years, from 1975-2017, that story marinated deep within my subconscious mind, shaping and reshaping itself until I had the plot for a novel. In 2017, I wrote The Hand of God, a historical novel based on the Chillingworth murders.

So, from the initial germ of the idea until the actual work was written was 42 years. That’s a long time for an idea to grow in your mind before it becomes a published work, but that’s how it happened.

The important thing to remember about ideas is they are everywhere, but you must be very selective about which ones you choose to write about. That’s why, if you’re a serious writer, you should have a notebook with you at all times and, when you see a promising idea, you jot it down. Many times, these ideas will produce nothing at first but, after your imagination works on them for a while, a full-blown plot will suddenly pop up out of nowhere. You don’t know how it happened or why your imagination put that particular cast on the idea, but it happened.

Remember that story ideas are everywhere. The main thing is to always be on the lookout for them. And once you find one, make a note then let your subconscious mind work on it. Before you know it, you’ll have the making of a solid literary work. That’s the creative process!!