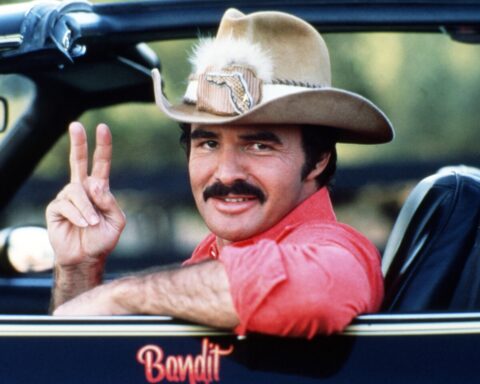 I see Burt Reynolds has passed on over to the other side. Right now, somewhere up there in heaven, just east of Eden, ole Burt is doing 130 mph in that Camaro and running from Jackie Gleason. He was one of many celebs I chased back in the day.

In the late seventies, Burt had a beautiful ranch near the coast up at Jupiter, which is in Martin County, the next coast county north of Palm Beach. The ranch was little more than a staging area for his sexual conquests. He had all the toys that bachelors of the day needed. These included a beautiful home with a full bar, a swimming pool, a pool table, horses and a king-sized bed with a mirror.

Near Burt’s Ranch, less than five miles away, was a state park, Johnathan Dickinson State Park, where you could rent and stable horses. During those days, I usually stabled a horse there and became friends with the employees at the stables. One of the employees was a young blonde kid who said he worked at Burt’s Ranch during the week selling hay. He knew I worked for the NE and I told him, if would call me when Burt and sally were at the ranch, I would make it worth his while. He agreed.

Two weeks later, he called and announced that Burt and Sally were at the Jupiter ranch.

So, the following day, Ron Caylor, the editor on the story, told writer Bob Smith (an always smiling, fast-moving guy with a salt-and-pepper beard), to let me use his old pickup and go up to Jupiter to Burt’s ranch and buy some hay. While I was there, I should nose around and see if the famous couple were about.

So I drove up to Jupiter and, when I pulled into the ranch driveway in Bob’s old pickup, the ranch manager came out. I told him was there to buy three bales of hay.
“I’ll open the gate and you drive back to the barn,” he said.

So I drove back to the barn and waited for the guy to come load the hay. From that vantage point, I see the entire rear of the ranch house, The curtains were pulled and I could see no motion through the sliding glass door from the pool deck. As he was loading the hay, my eyes were scanning all directions, but no sign of Burt and Sally.

Just seconds after he had loaded the hay and was about to slam the tailgate, Sally, in a bathing suit, came out with a drink in her hand and took a seat in a poolside chair.
“That will be $6,” the man said.
I handed him six dollars.
“You can move on now,” he said. ‘I’ve got another truck waiting.”
I looked. Another truck was waiting to be loaded, but I had only done half of my job. I had seen Sally, but I hadn’t seen Burt.I started to get back into the truck then I knew I had to do something to stall for some more time.
”I think my tire is low.”
I stopped and knelt on the ground and pretended to check the air in the left front tire. Then….. suddenly hallelujah!! Under the bottom of the truck, I could Burt coming out of the sliding glass door to join Sally at the pool. Quickly I got back into the truck and started the engine. Now, through the windshield, I could see Burt and Sally sitting by the pool, drinks in hands, soaking up the rays.
I turned back to the ranch manager.
“Thanks!” I said. “Have a good day!”
Ron Caylor was smiling from ear to ear when I got back to the office.
I miss those days!!!