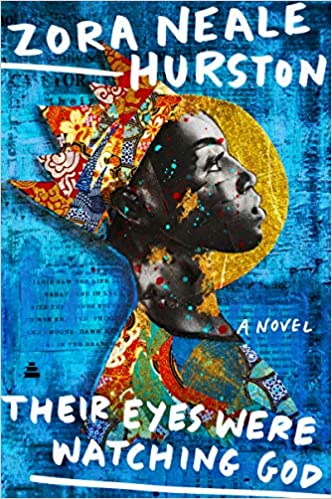 It was once said of Mary Ann Evans (the English novelist who, under the pen name George Eliot, wrote the classics Middlemarch, Mill on the Floss and Silas Marner) that “when you read her work, you knew you’re in the hands of genius.”

The same can be said of Zora Neale Hurston, author of “Their Eyes Were Watching God.”

From the very first, you realize that she is an extraordinary literary genius. You watch as a miracle unfolds across the pages. The flux and vivid detail of her imagery is not only truly original, but at times, the multi-layered meanings, subtle double entendres and the exquisite use of language approaches that of any writer I have ever read.

I found myself rereading some of her narrative passages seven or eight times to savor their excellence.

This woman is a novelist with a poetess living inside her who rushes to the forefront of the narrative at the most unexpected moments. In experiencing this book, you will be reading a long passage which has been driving forward at a slow, steady pace then suddenly launches into pure poetry.

“These sitters had been tongueless, earless, eyeless conveniences all day long. Mules and other brutes had occupied their skins. But now, the sun and the bossman were gone, so the skins felt powerful and human. They became Lords of sounds and lesser things. They passed nations through their mouth. They sat in judgment.”

When the book was first released in 1937, the Harlem Renaissance intellectuals objected strongly to her use of dialect. Here’s an example of dialogue in the book:

“Naw, Ah thank yuh. Nothin’ couldn’t ketch dese few steps Ah’m going. Anyhow mah husband tell me say no first class booger would have me. If she got anything to tell yuh, you’ll hear it.”

The Harlem intellectuals felt it was wrong to depict black folks talking in dialect. They felt it presented blacks in an inferior, truly unflattering light. Hurston could have cared less. Unlike the Harlem crowd who only wanted to enumerate and seek justice for the white man’s cruelty to the black man, Hurston wanted to present black people exactly as they were.

She had no interest in sugar-coating the life and culture of her people. She wanted to get as close to the truth as she could. Once you start reading, you see immediately how and why the use of dialect helped achieve this special truth.

If you like muscular, vibrant prose which lays bare the very heart and soul of black culture in the deep South during the twenties and thirties, you’ll love this book. Watching Hurston’s literary genius bend and swing with the rhythm of the narrative is truly a literary miracle to behold!!!

Breath-taking imagery! Great read! I will never forget the love story of Janie and Tea Cake.

Now I know why Alice Walker, author of The Color Purple, said: “There is no book more important to me than this one!”